As a young child growing up in the Cherry Hill neighborhood in Jeffersonville, Sandy Knott enjoyed the playground equipment at Ingramville Elementary School.

The school is long gone, but until recently the decades-old playground equipment was still there as part of Bob Hedge Park. 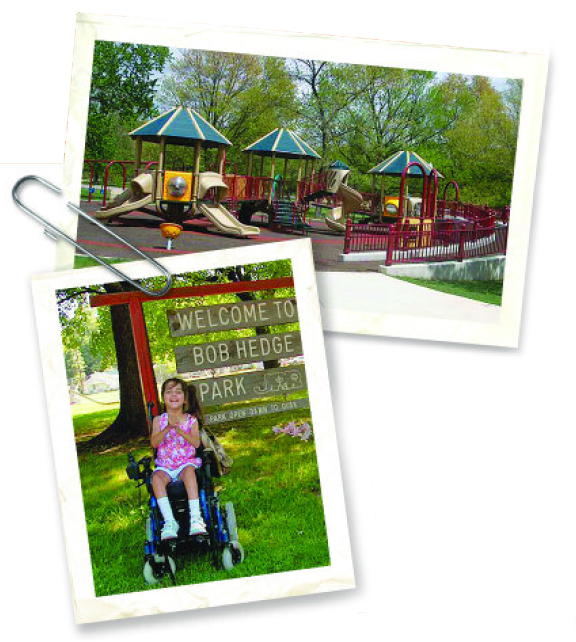 Knott and her husband, Larry, decided two years ago to transform the park into a safe play space for all children, even those with disabilities. Through the Cherry Hill Neighborhood Association, they began fundraising for the park, and are close to their goal of raising $550,000 to renovate the park. The neighborhood held a groundbreaking for the project earlier this year, the old equipment was removed and preparations began for the new park.

The Knotts are especially in tune with the needs of disabled children because they had a granddaughter with autism. The granddaughter, Lydia, was struck by a car and killed last year, illustrating the need for a safely contained play space for all children. The playground, which will have a ramp running throughout it, will have a fence around it with only one entrance and exit, and all of the equipment will be especially created for the needs of children facing developmental challenges. A cushioned surface under the equipment will ensure the safety of children should someone fall.

Later stages of the park will incorporate workout stations designed for senior citizens and a new picnic shelter with restrooms.

The Community Foundation of Southern Indiana strongly supports the neighborhood’s dream of a safe place for all children to play. We’ve given the project thousands of dollars during the past two years. Bob Hedge Park will draw in thousands of children from across the area, making it an ideal project for broad community support.