The Clifton Family – Honoring a Loved One 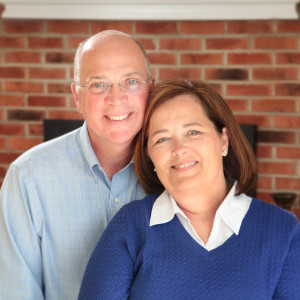 Dr. David Clifton is a lifetime educator who has worked in higher education for most of his career. He feels at home in the classroom, helping students throughout Southern Indiana accomplish their goals and realize their dreams. His focus on education and the belief that it is a powerful tool started at an early age. He grew up in a home with parents who believed learning, hard work, and helping others were important values.

Dr. Clifton’s father, Rev. Farris W. Clifton, was a poor farm boy from Eastern Kentucky who struggled in school after his mother passed away when he was 7. He subsequently flunked the 2nd and 3rd grade in a one room school house. In the 4th grade his teacher realized he had a knack for mathematics that would inspire a lifelong love of learning. Unable to get a high school education, he went to Mountain Mission School, in Grundy, Virginia (a home for orphaned miner’s children) at 18. It was there that he learned he could preach, and decided to go to college at The Christian Normal Institute, (Kentucky Christian University in Grayson, KY) where he earned a Bachelor’s degree. He was

then called to preach in Leesburg, FL where he would earn a second Bachelor’s degree at Stetson University. Rev. Clifton later went to Butler University to obtain a dual Masters in Church Administration and Theology. 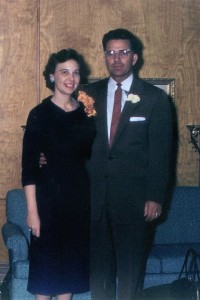 Throughout his college years Rev. Clifton held revivals and preached in Leesburg and LaGrange, KY. In 1955, he became the Executive Secre

tary (later Executive Director) of the Christian Church Homes of Kentucky. During his 30 years of leadership, the Homes (now Christian Care Communities) became the largest non-profit serving elderly in the state of Kentucky. Christian Church Homes managed a home for children in Danville, KY and campuses for the elderly across the state. The campuses he built were the first in Kentucky providing a continuum of care for the elderly.

Dr. Clifton’s mother, Dr. Ramona Porter Clifton, was the daughter of a pioneer chiropractor born in Central City, Kentucky. This was a tim

e when few had access to health insurance and her father moved to areas where he felt people could afford chiropractic care. After years of moving, her father was diagnosed with heart disease. Prior to her senior year in high school they returned to Louisville, where her father passed away in 1941.

After graduating from Louisville Girls High School (now DuPont Manual High School) Ramona used her father’s life insurance money to enroll in the University of Louisville, earning the necessary prerequisites to enter the Southern College of Optometry. She began practicing in Bardstown, KY in 1947 and in 1964, she was elected the first woman President of the Kentucky Optometric Association (KOA). At that time there were only 3 women Optometrists in Kentucky. In 2011, the KOA honored her as the 2nd recipient of their Lifetime Achievement Award for her work with Children and Visual Therapy. 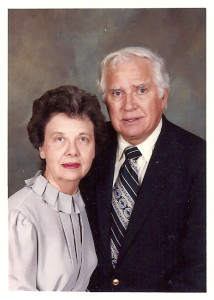 Dr. David Clifton’s parents were strong believers in the Community Colleges, and felt that if the Community College had existed when they began their education, that they may have begun their education there. When Dr. Clifton became a college professor, his father once told him that he was happy he was working at Ivy Tech. He stated that colleges like Ivy Tech were where “education was really happening.”

When Dr. Clifton’s father passed away, he and his wife, Kim, wanted a way to honor his parents and their belief that access to education was important for everyone. They did this by endowing a scholarship at the Community Foundation of Southern Indiana to forever support the hopes and dreams of individuals who valued education as much as their parents.